A full changelog, can be found here: https://github.com/rtcwcoop/rtcwcoop/releases/download/1.0.2/Changelog


Thanks for the hard work.

TITEUF just has sent me this awesome news:

It also includes some of the magical stuff you can find in the popular RealRTCW engine mod (made by WolfETPlayer).

And if returning to Castle Wolfenstein once again is still not enough for you, then you should note that this upgrade will also include all compatible custom maps released until now!


More information can be found on the website of the project: https://85prod.wixsite.com/coop

I’m a bit late with the news, but rtcwcoop 1.0.1 is released, it fixes following bugs:

In case you only have the rtcw pk3′s but no existing installation, unzip the downloaded file, and move your rtcw pk3′s inside the 'main' folder.

After more than a year (time flies), there is finally a new release. MAN-AT-ARMS has put most of his time in this new release and as usual ssf.sage managed to fix lots map bugs. Which resulted in a stable 1.0.0 version of this awesome game.

What do we have ?

The gameplay is exactly the same as in previous release, but its stable and rock solid. So you probably think, so whats new ? For those of you who know the Quake 3 Arena Engine mod, ioquake3, I have good news for you, all the ioquake3 features are ported to rtcwcoop. For those of you who don’t know what’s ioquake3 is, these are the important features in a nutshell:)

One other important change is that we’ve moved all the coop related files from ‘main’ to a folder called ‘coopmain’, this allows you to mix the stock rtcw mp and sp games with coop, you don’t have to copy all the pk3’s to a new place for coop to work.

In case you only have the rtcw pk3’s but no existing installation, unzip the downloaded file, and move your rtcw pk3’s inside the ‘main’ folder. 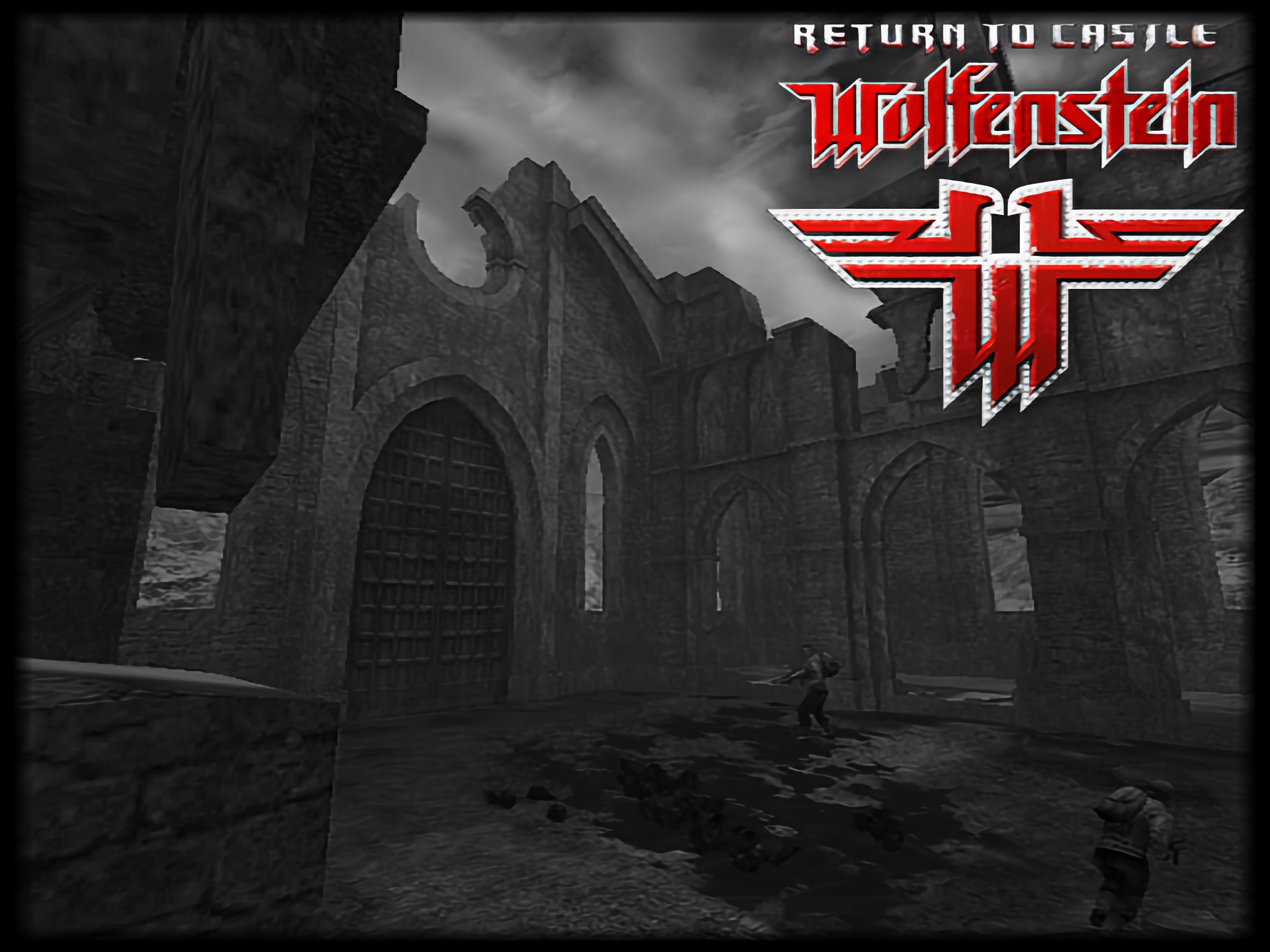 This is the first release I consider stable. In the last two months we fixed a lot of bugs and now it feels a bit polished. I don’t consider it ready, so the version number isnt 1.x yet :)


Thanks a lot to Sage, Nate, Tihan, M4N4T4RMS for all the hard work on the bugfixing. And Thanks a lot to the {WeB} clan for the extensive bugtesting and bug reporting. To quote {WeB}*GANG$TA*: “this is the best release to date by far. We played every map and it was superb fun all the way”

for a changelog see belog, but I warn you, its a long list 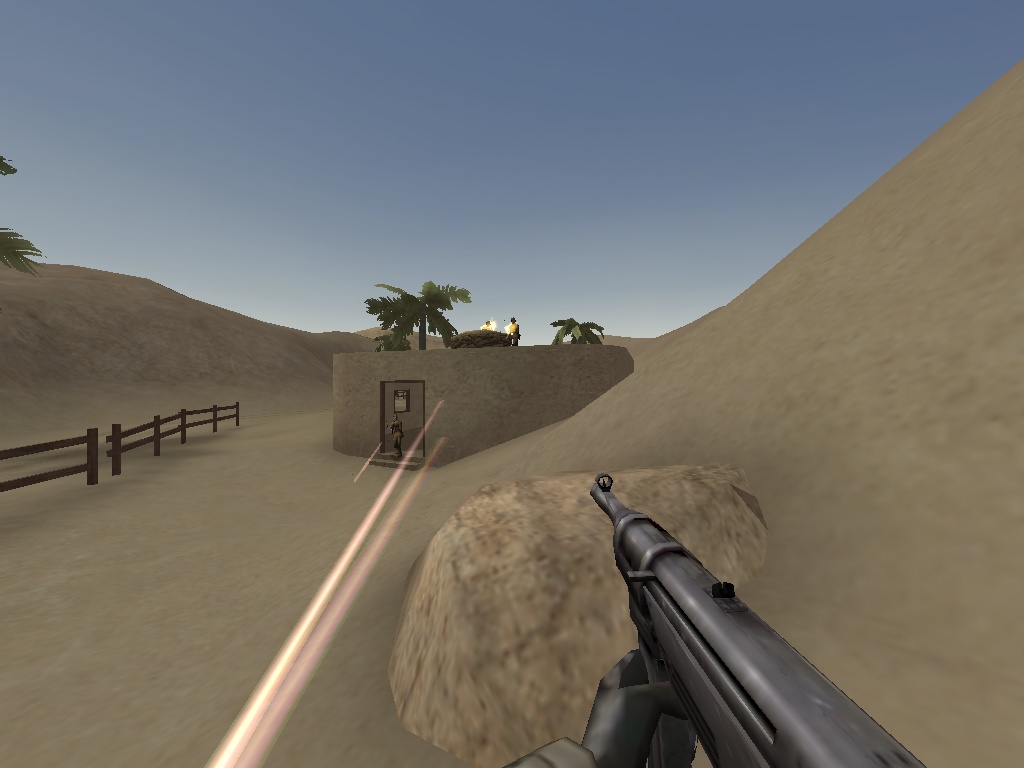 We have a new coder for the team.

Welcome Tihan, I hope you can kill many bugs and give the game tons of new features :)

It took us a while, but we managed to get rtcwcoop 0.9.4 ready for release !

New feature: play as axis in the speedrun gametype

If you choose the speedrun gametype, you have now the possibility to play in the axis team. During warmup (yes I added warmup) you can select to join the axis team in the ingame menu, or use the console command (/team red or /team blue to go back to allies).

An axis player always spawns at the location of a bot and this bot is killed (offered).


The axis team allows place for 1 or 2 human players, depending on the total number of players on the server. When 8 people are playing a maximum of 2 axis players is possible, in all other situations only one.


Other minor new features and bugfixes

Sage released his 3 map coop campaign as a first beta, you can find a local mirror here. I played an alpha version of this campaign with him and it is a lot of fun. I’ll be running it on my server so you can play it.

So it looks like 0.9.3 was pretty popular. But you have to keep in mind that it took much longer to release 0.9.4 than the previous ones.

We worked hard to get some new features and nice fixes ready for the upcoming 0.9.4 release.

Lots of thanks go to ssf.sage for putting a lot of effort and time into the broken mapscripts. You can also expect a 3 map coop campaign (capuzzo) at the same time of the 0.9.4 release, I playtested it with him and its a lot of fun. 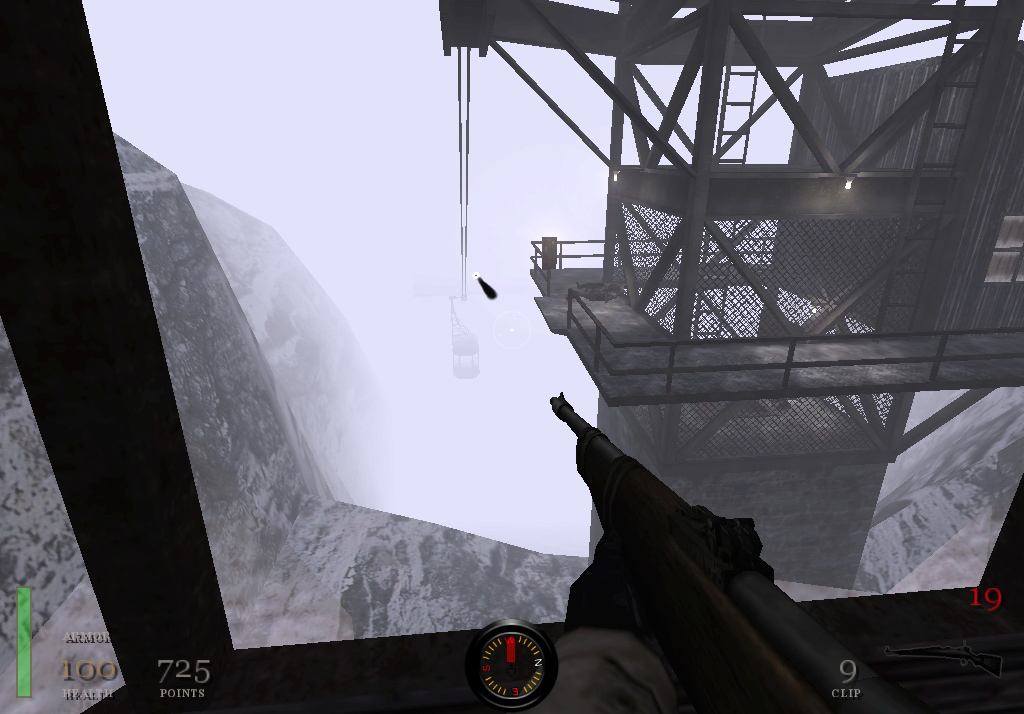 The mapscripts are up until now very buggy, there is a reason for that and a solution but it is a lot of work. ssf.sage started to fix all the scripts, so we can say he joined forces, olé ! 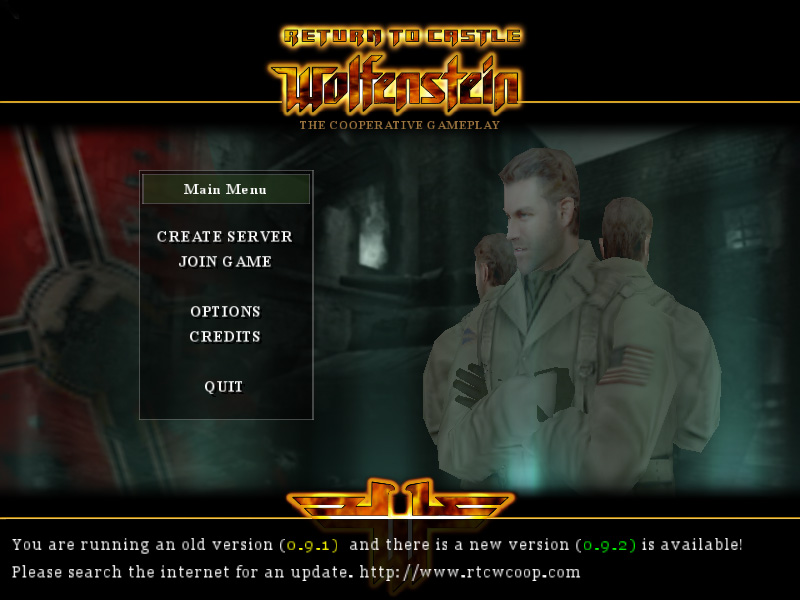 This version is not network compatible with the previous versions. In this release we focussed on fixing stuff. This should make the game a little bit more stable, we still have a long way to go :)

This version is not network compatible with RTCWCOOP 0.9. Due to the changes in the scoreboard. The main new things are awards on the scoreboard, shove command and a lot of fixes.


On windows your keybindings will be lost because we changed the default folder where they are saved. You can copy them from your C:\Users\username\AppData?\Roaming\Wolfenstein\main to C:\Users\username\Documents\rtcwcoop\main. The same applies to Mac users. The config is stored in ~/Library/Application Support/Wolfenstein/main so copy it and paste it in ~/Documents/rtcwcoop/main/

After 2 years of work and more than 850 svn revisions it is finally ready. The first public playable version of return to castle wolfenstine mod makes cooperative play possible.


All single player levels are modified for cooperative play (up to 8 players). We added extra enemies, updated the skill levels so that its still a challenge to play this game.

There are three gametypes:


Thanks to marvin, ken and nate for doing a lot of work on the game.


Oh btw: there are still bugs, we know about most, but still, feel free to report them.

Nate L0 joined the team and is planning to port the admin features from his rtcw mp mods. Yay !!

I welcome crapshoot, from the omnibot team, he’s our new programmer and he shares our mindset about the coop game.


Since the last newsupate we’ve been extremely busy, there where about 230 codechanges, we’ve fixed a lot, and with a lot I mean its already playable without strange crashes and bugs, but a lot of features need to be added to make the gameplay more fun.

I have no new visuals to show because we don’t have the time to work on them, we focus on getting the game done. I will not talk about a release date, dont ask me about it, it will be released when its finished and by finished I mean a game that doesn’t crash and doesn’t spoil the fun because some features weren't implemented like the should


cheers !
New menus screenshots
February 1, 2012 by fretn
Marvin has been working hard on the menus to update them with all the new features, he also provide a great ingame menu which gives quick access to some settings. 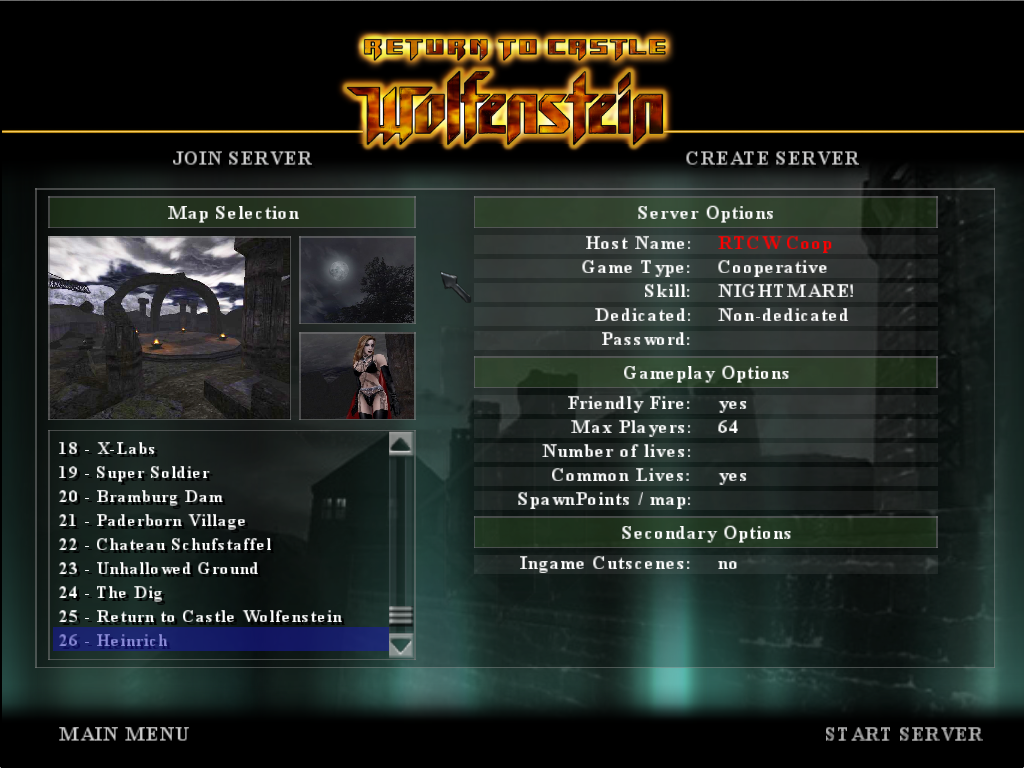 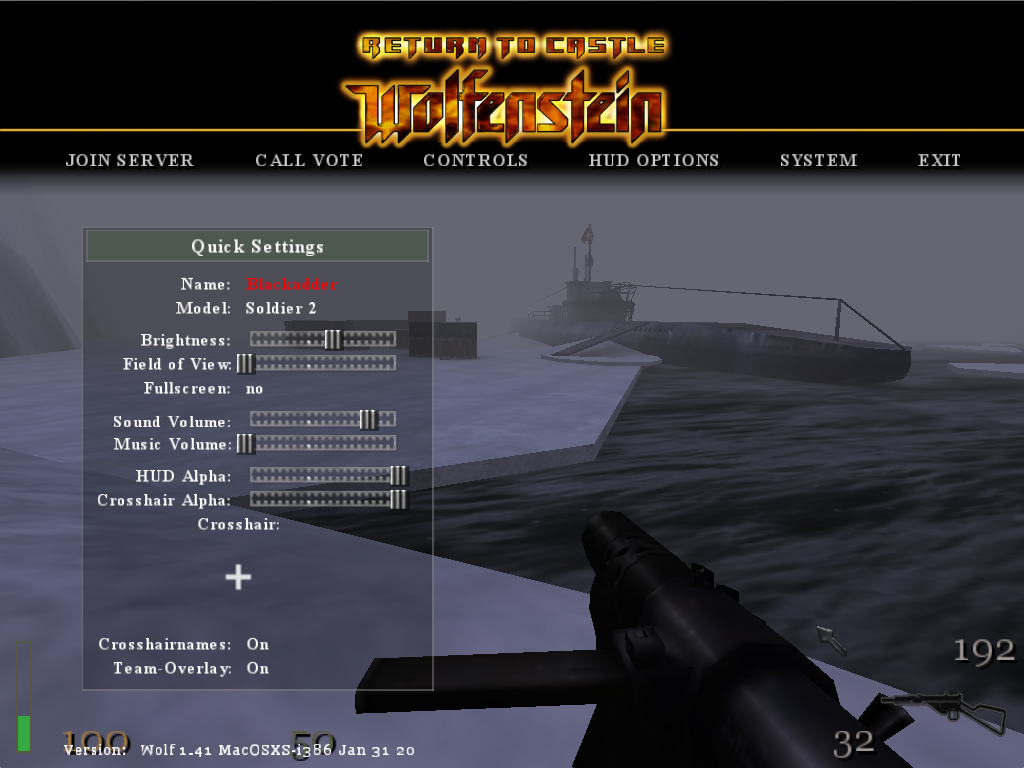 There are still a lot of bugs. 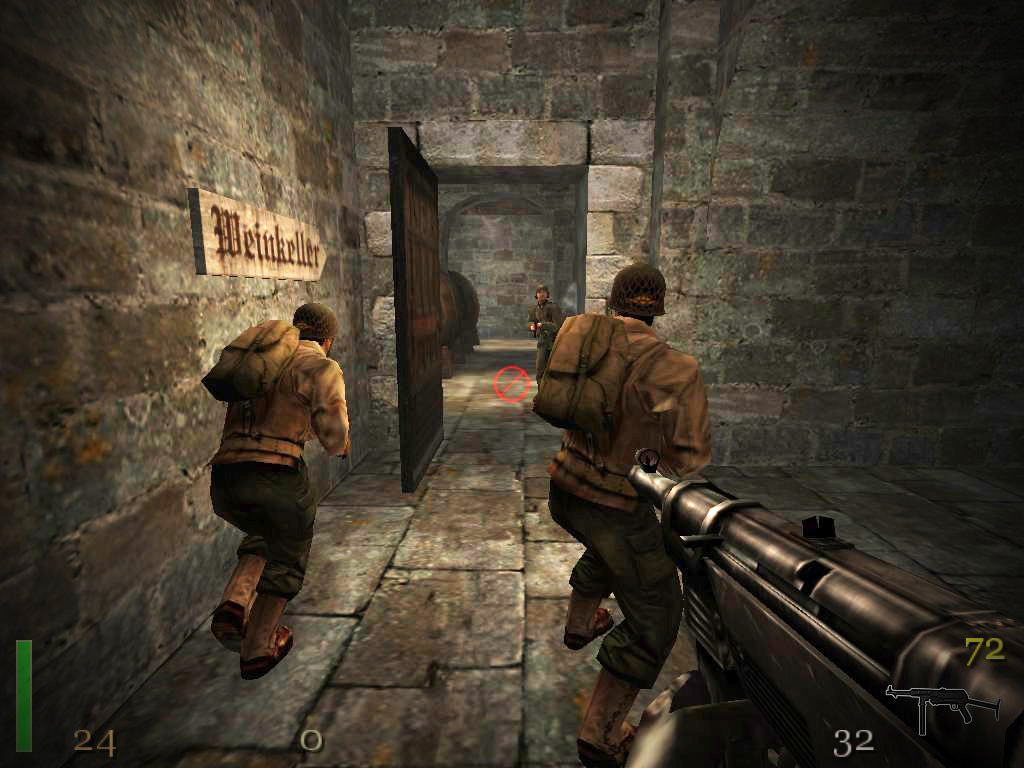 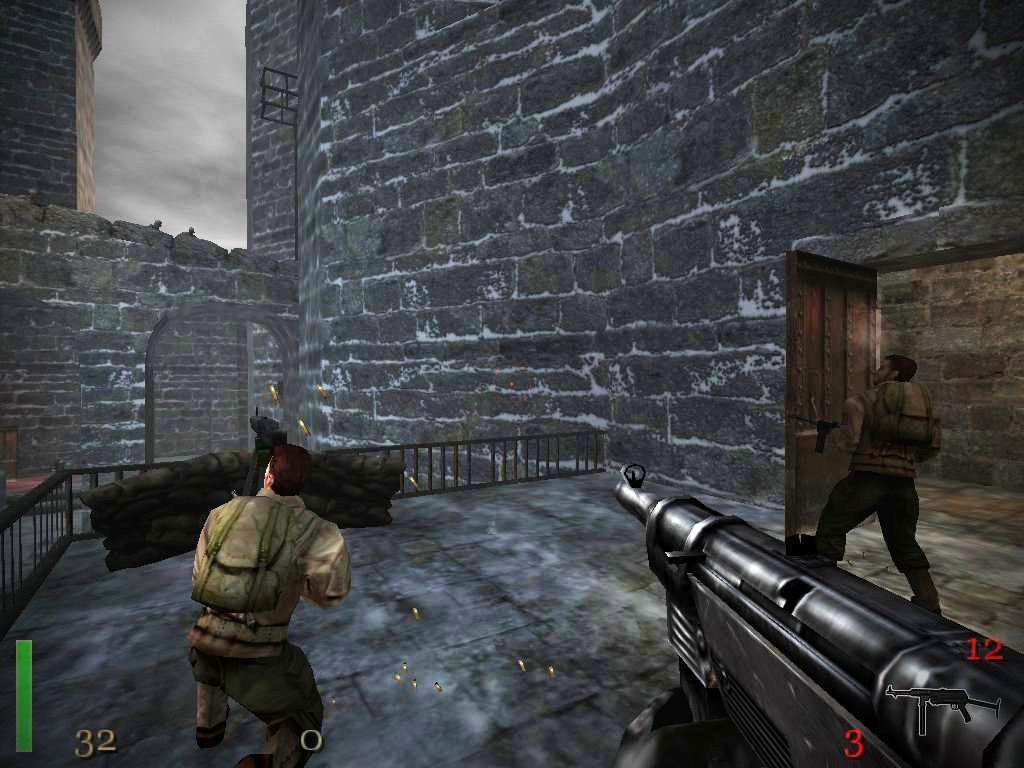 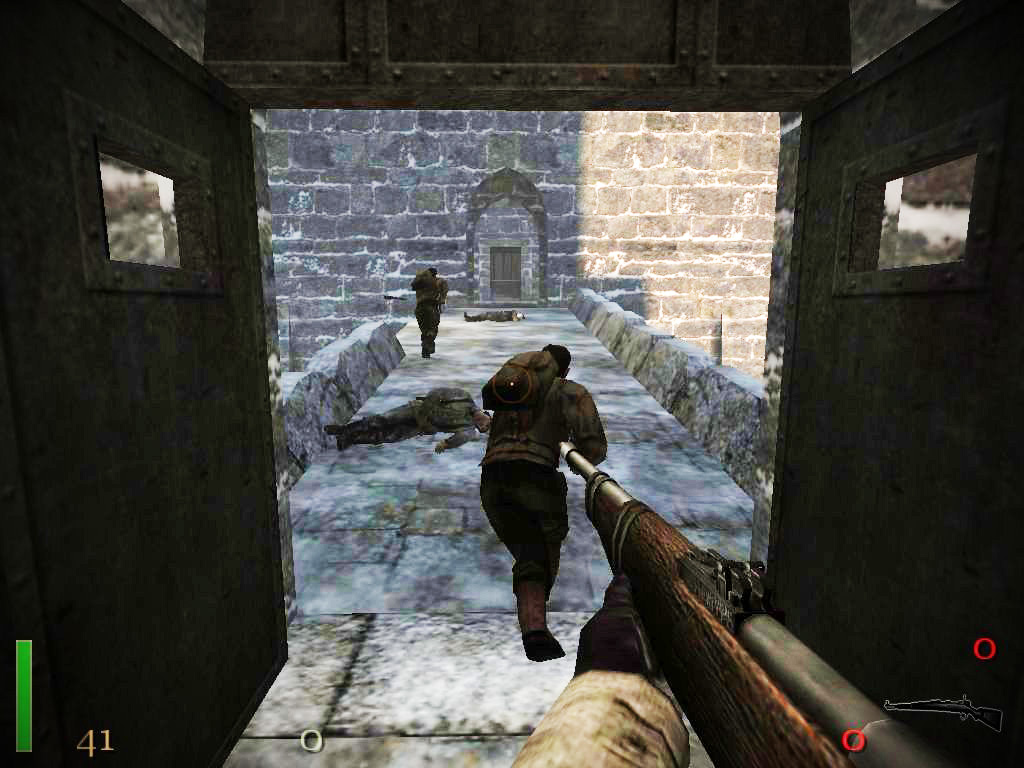 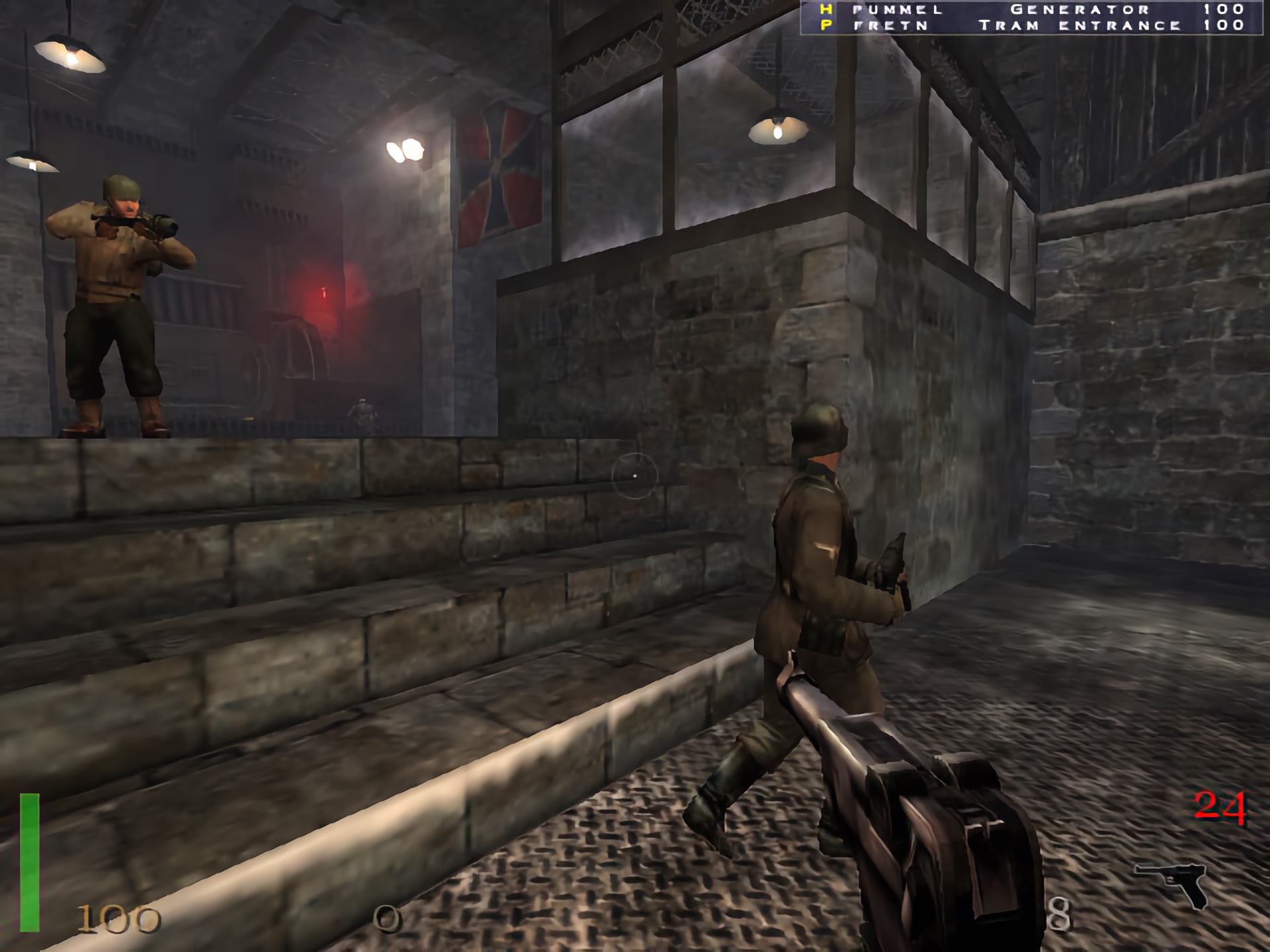 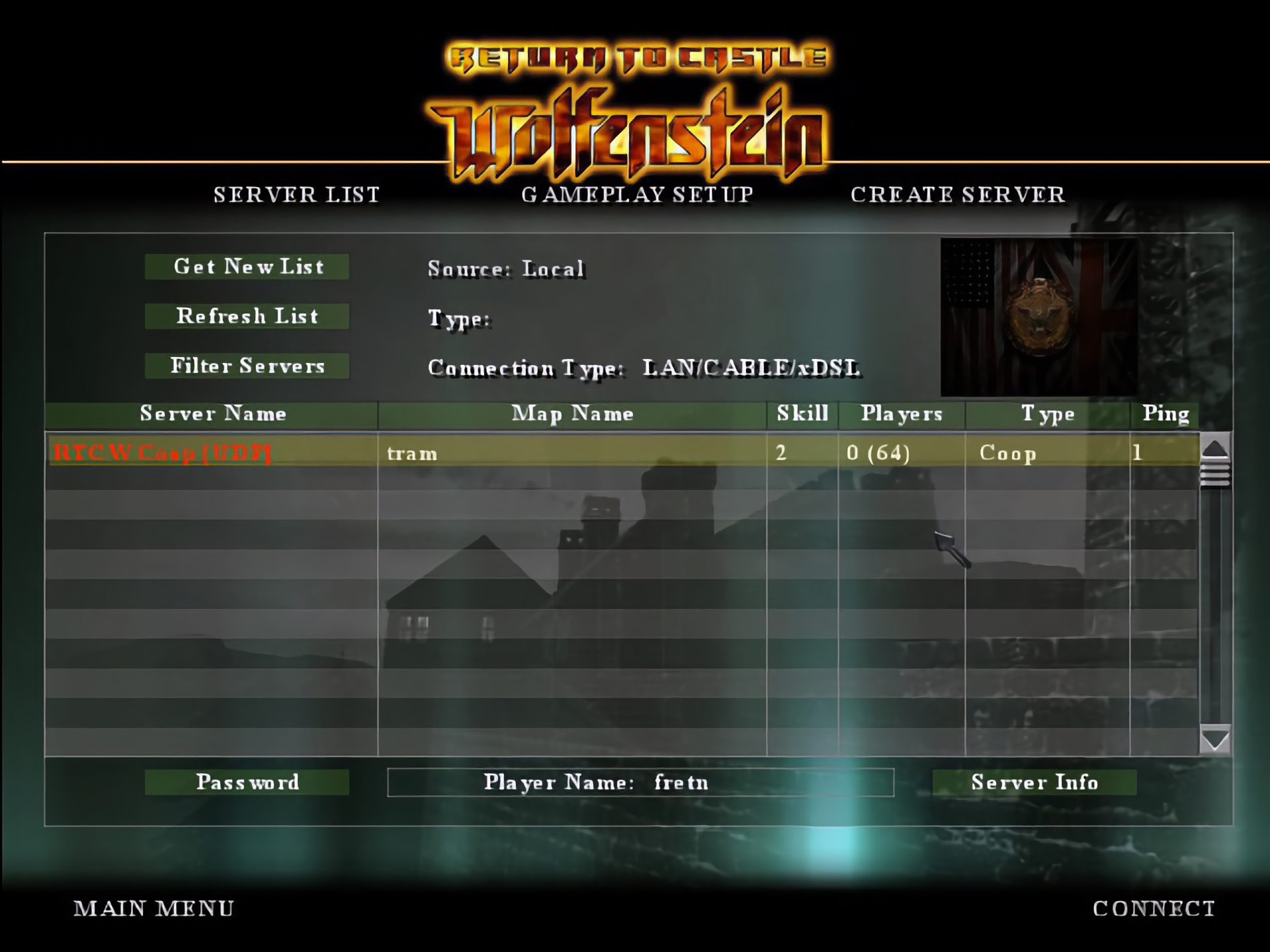